5 Reasons to Build Your Next Business Website on WordPress

Though WordPress has come an incredibly long way from its blogging roots, there’s still a certain degree of skepticism in some industries about whether it’s a platform that’s ready for business adoption.

Whether in terms of security, scalability, reliability, or just general ease of use, business environments bring unique challenges to the table. In this blog, we’ll step through some of the most common objections that we hear when proposing a WordPress solution, and make a case for why you should build your next business website on WordPress.

WordPress has been an open-source platform from the beginning and has consistently stayed true to the principles of that philosophy over the years. Currently powering well over a quarter of the sites online, it’s also one of the highest-profile open source projects in the world today. WordPress’ status as an open-source project is a long way from being a significant burden in today’s world – if anything, it’s an advantage.

One of the biggest arguments in favor of WordPress and the enterprise is the number of companies already using the platform. As mentioned earlier in this article, many well-known news outlets utilize WordPress along with Fortune 500 companies like General Motors, UPS, and Microsoft all use WordPress.

These test cases are a perfect example of how customizable and flexible WordPress is, and how it can support huge amounts of traffic.

WordPress.com is currently serving 131 million monthly unique visitors,  proof that the platform is already successfully scaling to the degree demanded by some of the biggest online presences on earth. Even more, other hosts also boast some equally impressive enterprise-grade partners, confirming WordPress’ scalability.

Beyond Just A Blogging Platform

Although WordPress’ began as a blogging platform, WordPress of today boasts an increasingly impressive plugin ecosystem that helps power thousands of businesses worldwide, and the commercial side of the platform now has entire conferences devoted to it. The incredible recent success of WooCommerce in dominating eCommerce from more or less a standing start is also a testament to the power of WordPress as an inherently disruptive multi-purpose platform.

Also, the adoption of WordPress by an increasingly large group of traditional media companies such as Wired and the New York Times demonstrates how far from its blogging roots it has moved.

As one of the most widely used pieces of software on the open web, WordPress has been a big target for various nefarious online elements for over a decade. The reality today, however, is that WordPress core is more secure than it’s ever been.

The WordPress Security Team includes some of the 'best in the business' watching over the heart of the platform, and documented vulnerability reporting procedures are in place. Standard options for individual site owners to harden WordPress are also widely known. WordPress core is incredibly secure and has been for some time. The use of plugins and themes will always bring a certain level of risk, but with the type of resources and in-house security procedures enterprise companies are used to dealing with, the risk is no greater than that of any other comparable solution.

In regards to hosting, if companies are unprepared to carry the burden themselves, world-class enterprise-level secure hosting is also available from companies such as GoDaddy.

As WordPress moves toward 50 percent market share, widespread adoption is going to become an increasingly important part of its next stage of growth. Though the historical reluctance of businesses to fully embrace WordPress made sense at the time, the platform is finally poised to crack that market. Let’s recap the six main reasons why:

Do you currently have a WordPress site that you love or hate? Let us know either way! 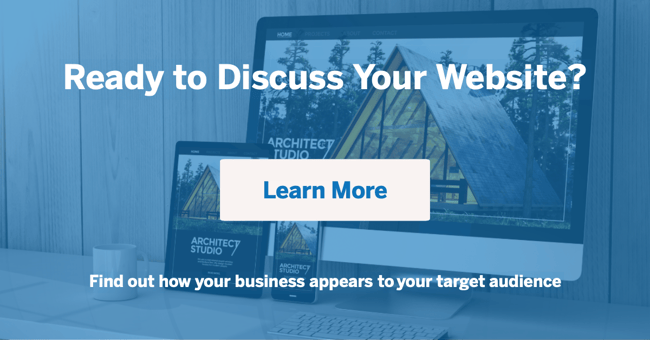 Welcome to the Flood Zone!

FZ Creative is a full-service marketing agency based in Yardley, Pennsylvania. FZ caters to clients of all industries, but specifically in the Aviation, Finance, Architecture, Technology, and Local Business. FZ Creative’s services include but are not limited to Web Design & Development, Inbound Marketing, Search Engine Optimization, Print & Packaging Design, Social Media Management, Email Marketing, Video Production and everything in between!

If you are a small startup who needs a professional logo design, or an established company with a dated website that needs a revamp, give us a call today!